Scrap by day, knit by night

I’ve been keeping very busy!  In the mornings, I’m making scrapbook pages for all my son’s photos.  Here’s what I’ve finished during my most recent scrapbooking session.

I used Microsoft Word to create the titles for these two pages. 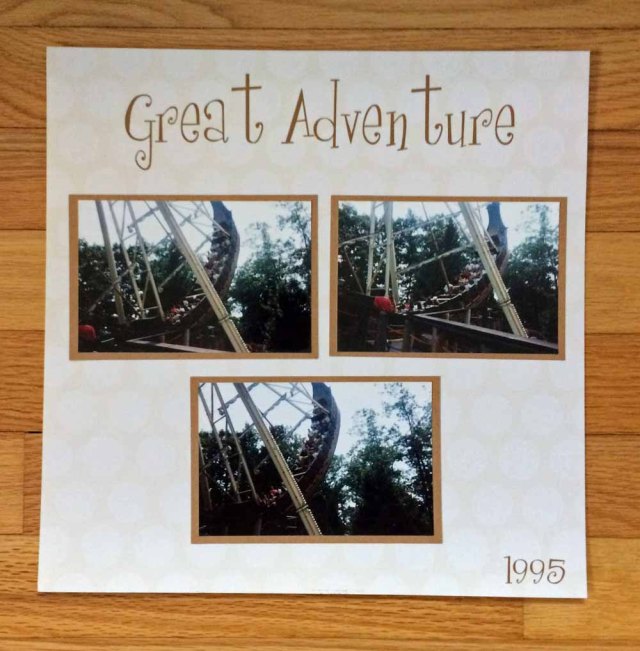 This two-page layout features photos my boy took in our pool with a disposable underwater camera — typical boy photos!!  🙂  The top two on the right-hand page are pretty creative!  Taken through the hole in the green tube!

I used my Cricut Air and Cricut Design Space to cut out the words on two pictures of water bubbles and placed bright green paper under the photo so the words would show up nicely.  The little wave at the bottom is the same bright green paper cut with a border punch.  The adorable camera is a PPBN file (Paper Piecings by Nicole?) called Smiley Camera.  I cut out two of these little cameras, and plan to use one on a future scrapbook page for my granddaughter.  But I wanted to show you something. 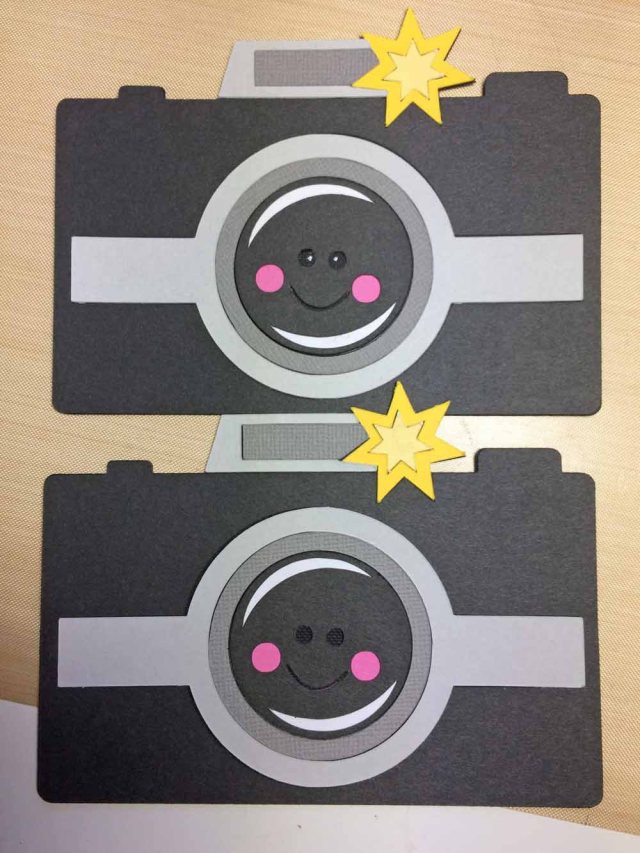 The camera on the bottom has dull, vacant eyes.  Just adding a dot of white as I did on the top camera gives the face life.  Without that little “reflection”, the eyes just look creepy and dead to me.  I do this on every die cut I make that has a face.  I can’t take credit for this little hint; I read it somewhere long ago and just have been doing it ever since.  Try it!  🙂

In the evenings, I’ve been knitting.  I’ve used up two more skeins of my Vanna’s Choice birthday yarn and practiced my stranded knitting at the same time.  I made two Quick Ombre Hats and one Love the Winter hat.

I started with the hat on the left.  I cast on 96 stitches for an adult women’s hat on size 8 needles and followed the directions as written.  When I tried it on, I found that it was too “tall.”  It stuck up on top of my head in an unflattering way, not slouchy or anything but just sticking up, too big for me.  I know it will fit someone and I plan to donate it, but I still had plenty of yarn left and decided to knit a second one only smaller.  I still cast on 96 stitches but followed the directions for the 80-stitch hat and used a size 7 needle.  I like this one much better.  It’s also going to charity.

There was still yarn left, so I made a cute Love the Winter hat for my granddaughter!

Then I made a Finlandia hat for my sister-in-law with Denim Mist Vanna’s Choice.  It’s currently blocking on a balloon in my sink!  🙂

There’s one more Vanna’s Choice skein left, Sage color.  Very pretty.  Haven’t decided what to make with it yet, but right now I’m swatching for a cute little open-front cardigan for Logan with this beautiful rusty red wool that I picked up during the Virginia Yarn Crawl.  It’s very thin, but I’m going to hold it double. 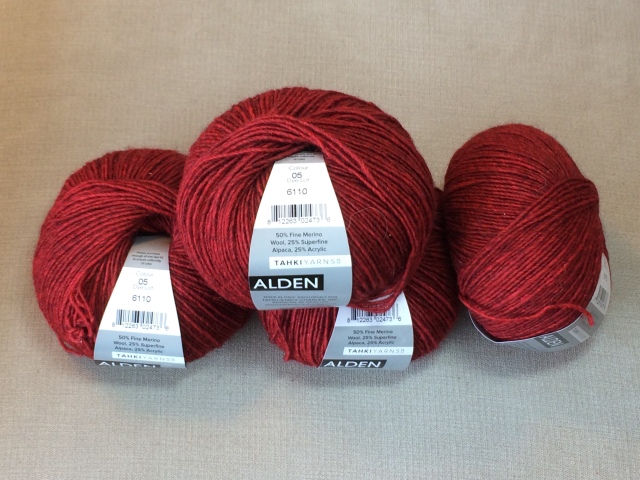 Also, I was victorious in my effort to knit that little purple sweater!  (I know — you’ve been worrying about it, haven’t you? :))  It’s undergoing a second block right now to accentuate the little scallops at the bottom.  I’ll show you the completed sweater as soon as it’s done!

I created this little blog so that I could have a place to show different crafts that I make for my family, my friends, my students, and myself! I have always enjoyed crafting. I particularly love paper, and that's what I'm currently working with.
View all posts by Evelyn →
This entry was posted in Knitting and tagged hat, knitting, scrapbooking. Bookmark the permalink.

2 Responses to Scrap by day, knit by night