I saw this adorable ice cream cart file at Designs on Cloud 9 and just had to make it up into a shaped card.  Sometimes you just know!  I’ve never seen an ice cream cart this cute in real life, but I’d buy a cone if this one came my way.

This file did not have a base svg to build on.  This is how I solved that problem:

First I brought the png file into Silhouette studio and enlarged it to the size I wanted. 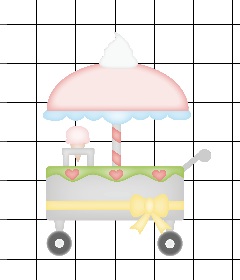 bring in the png file

Bring in svg file. Place it over the png and size it.

I moved the svg file aside.  I traced the png file.  Now I had a base to start with.

To make the card base, I first made an offset of the trace. 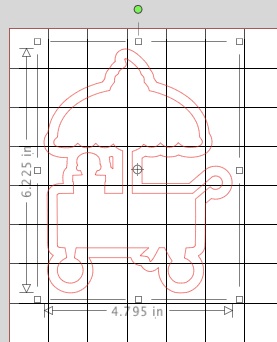 Here is the offset.

See that little hole to the left of the Umbrella pole?  I didn’t want that hole.

Filled with color so you can see better.

(I filled the image with color so you can see it better.) 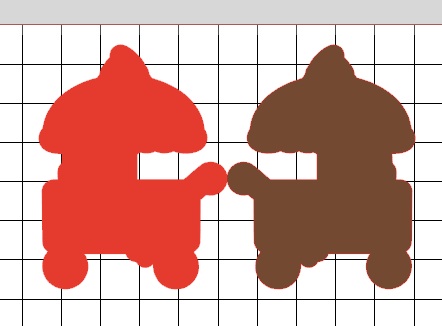 Mirror to the right.

I mirrored the image to the right.  (Also filled with brown so you can distinguish between the original and the mirrored image.)  If I stopped here and made this into the card base, there would be no place for me to stamp my sentiment, so this is what I did.

I used the knife to extract that little piece in the middle.

Discard the unwanted pieces of the cart.

Discard the umbrella and the bottom part of the cart.  I don’t need those.

Move the piece onto the cart.

When I moved the brown piece onto the cart, it didn’t exactly fit. I needed to make it just a little bigger: 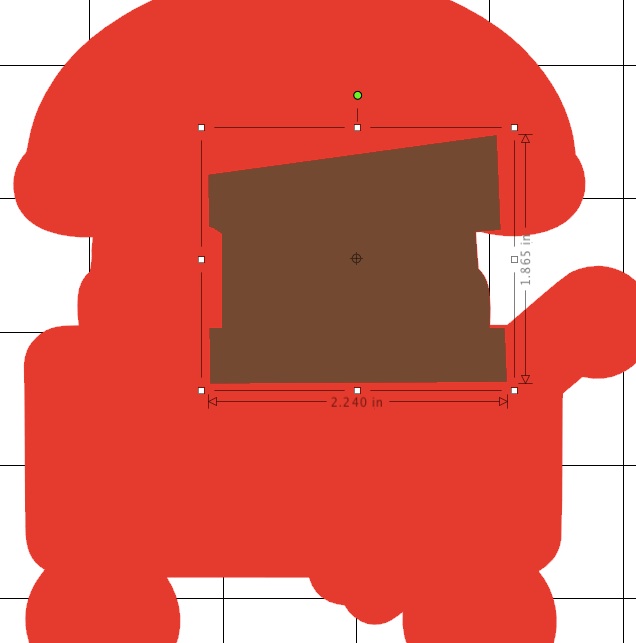 Stretch the piece to fit.

I stretched the piece to fit nicely.

Choose both pieces, group and weld.

Merge the pieces by choosing them both, group and weld.  Now I can make my card base. 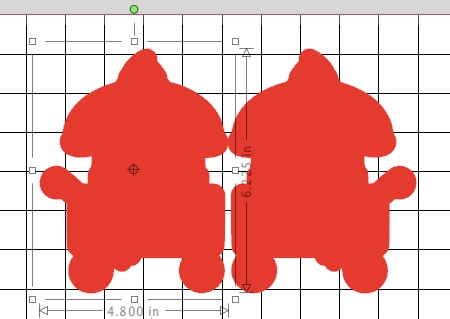 Mirror image to the left.

I mirrored the card to the left. 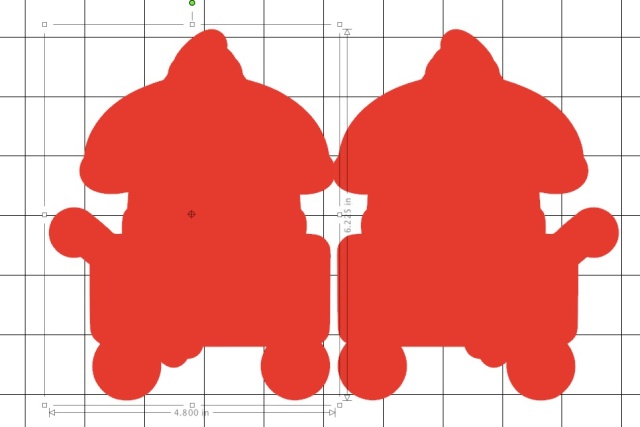 Nudge the cards to overlap.

I nudged the left image to overlap the right.  You see how the umbrella is overlapped but there’s a space between the two carts?  That would be a really weak fold for the card, so I needed to get the two carts together.  If I nudged them together even more, the carts would overlap, but the umbrellas would be overlapped too much.  So . . . 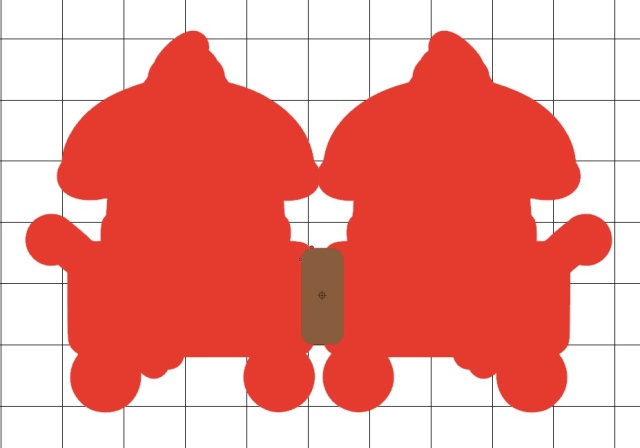 I added a rounded rectangle between them. 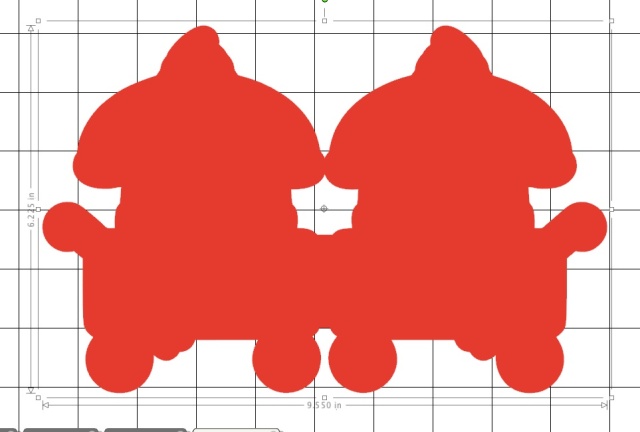 Select both carts and the rounded rectangle, group and weld.  There’s my card base!! 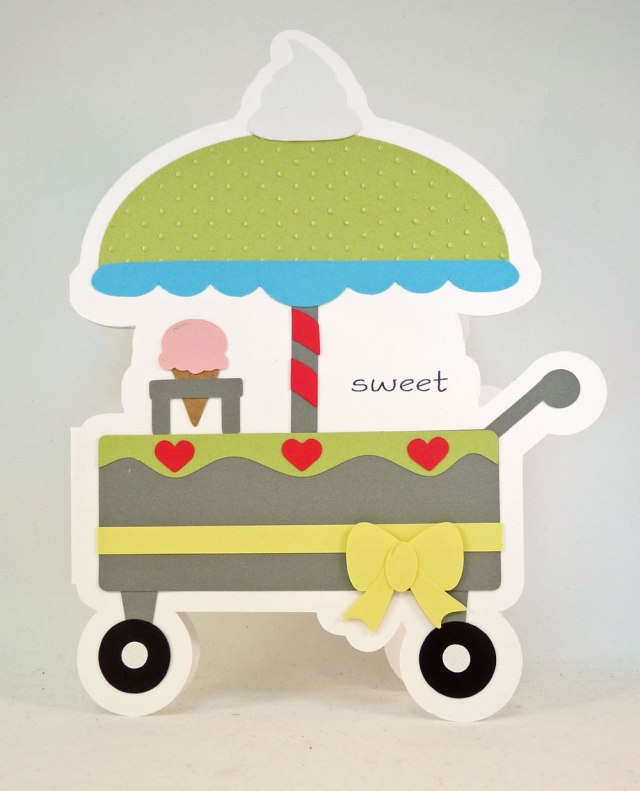 I used the Swiss Dots embossing file for the umbrella and the cone.  The “Sweet” sentiment is from the My Pink Stamper Winter Punnies set.

I thought it turned out cute!!  And, of course, I made four of them  🙂

I created this little blog so that I could have a place to show different crafts that I make for my family, my friends, my students, and myself! I have always enjoyed crafting. I particularly love paper and wool, and that's what I'm currently working with.
View all posts by Evelyn →
This entry was posted in Paper Crafting and tagged card, Designs on Cloud 9 Design Team, shaped card, summer. Bookmark the permalink.